Analysing the educational trajectories of the second generation in France

Studies of the educational trajectories of immigrants’ children reach the same conclusion: a greater proportion of this group experience difficulties than native students, and from the very start of primary school, as attested by performance and study orientations.

Criteria for measuring educational achievement in France began to be more precisely defined in the 1990s, when a shift was made from a dichotomous nationality-based variable (French or foreigner) to finer distinctions that take into account parents’ country of birth. Nonetheless, these means of measuring seldom enable researchers to bring to light the full heterogeneity of second-generation educational trajectories.

Generally speaking, the academic difficulties immigrants’ children encounter can be analysed in connection with the subaltern position many of their parents occupy in the French social structure, due in turn to relatively low economic and educational capital.

But it turns out that academic performance and trajectories differ widely by parents’ country of origin, and parents’ social attributes in the French context do not fully account for that diversity. The children of Turkish immigrants, for example, show the lowest academic performance of children from a similar social milieu, whereas the children of immigrants from Southeast Asia and China are on average ahead of the others, including children of native French.

In addition to living conditions and family resources in the country of departure, a strong relation is observed between immigrants’ social position in the society of origin and the academic position of their children in France. Parents who immigrated from Turkey lived primarily in rural areas and their level of education was considerably lower than average in that country, whereas parents from Southeast Asia belonged to more urban, advantaged groups in their societies of origin.

Taking into account parents’ and family experience and overall history in the country of origin enables us to acquire a fuller understanding of second-generation trajectories. Parents’ post-migration social position only partially reflects family attitudes and dispositions toward education; they are also determined by and in reference to the society of origin. 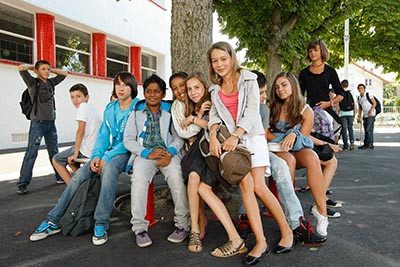